I'm doing a quick blog during lunch.  Today is Day 4 of the Reboot.  That means I have one more day of solid food before I start the all-juicing-all-the-time. I've learned that I really like roasted acorn squash stuffed with sauteed mushrooms.  I've also learned where to find those things in the grocery store.  It's like a whole new world. 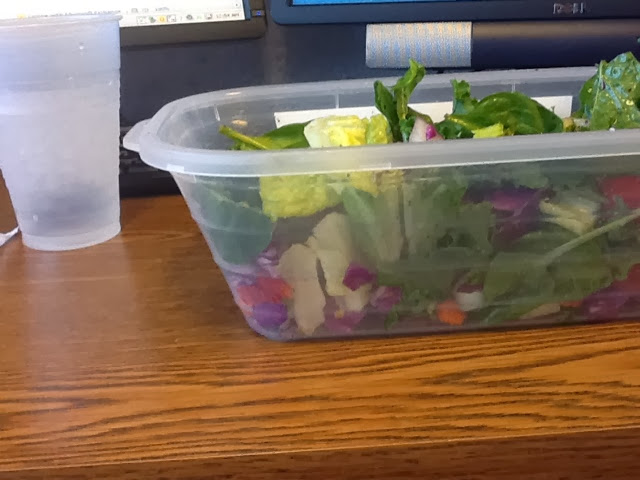 It's not like I never went to the produce department.  I've purchased plenty of apples and bananas and strawberries and romaine.  I have never, however, purchased acorn squash or leeks or kale.  So, it's been an experience.
I love my juicer.  It works great.   People reported that juicers are really hard to clean.  I've not really found that since I'd read in advance to line the pulp bin with a plastic bag.  I'm sure that makes all the difference. 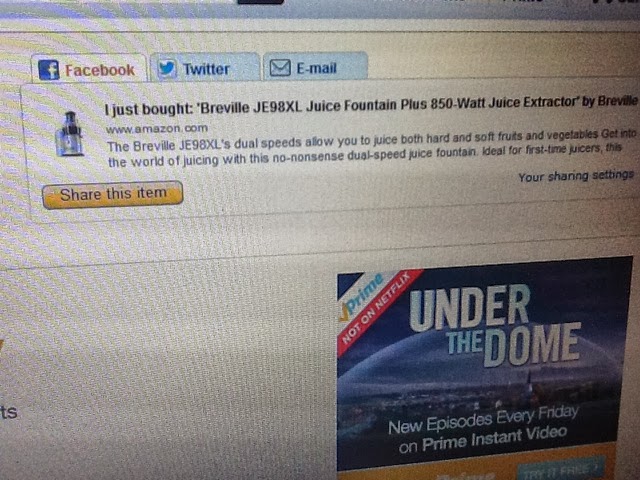 I did not like the store bought carrot juice at all (and wrote a poem about it a couple of days ago), but the homemade carrot/apple/lemon juice I made was AWESOME. Love it! The green version of this bottled juice is pretty good in a pinch, but this red juice is my favorite in a bottle.  It's very sweet, so I'm sure it's bad for you.   My uncle, who's had heart bypass surgery, has a motto about food he says he learned from his cardiologist--"If it tastes good, spit it out."  Ha!  I'm still trying to find a homemade green juice that tastes really good.  So far, I haven't gagged, but that's not really a good marketing tag line.  "Drink my juice. It won't make you gag." 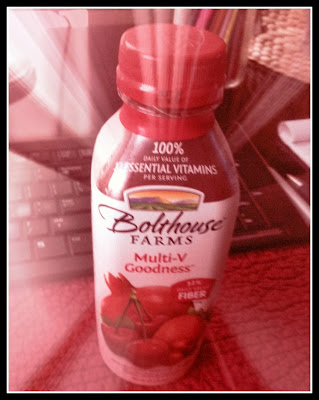 Actually, these four days have really been the easiet four days of any attempt to change my diet I have ever made, and that's saying something.  I've done Weight Watchers (three times), Atkins, South Beach, 17 Day Diet, Oprah's whateverthatwas, SlimFast. I even took diet pills from my doctor a few years ago (who's now sort of a diet pill pusher if one were to base that assessment solely on the signage in her office).  The difference, I think, with this is that I'm not doing it to lose weight (although I do hope that's a cool side effect).  I'm doing it because I wasn't feeling well.  I was SO EXHAUSTED all.the.time.  I was feeling old!!   I don't want to feel old.
Now I'm going to run over to the grocery store to get some of that yummy red juice before our staff meeting this afternoon.  Apparently, the plan is to have all kinds of sugary stuff.  I guess that's supposed to at least keep us upright even if it doesn't make our brains work better.  I'm going to actually try for both!!
Have a blessed day, friends!
<3 Lori
Posted by Lori Leissner at 11:52 AM